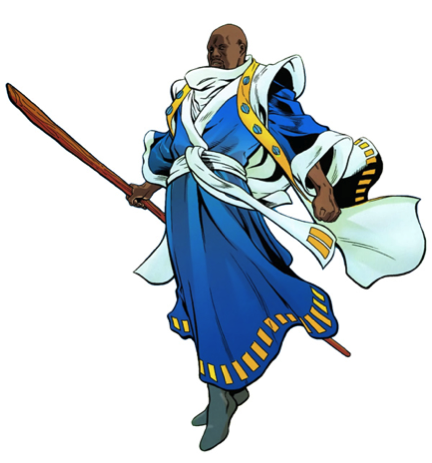 (For those who do not know, this is Superman from Earth-Tangent)

This is just to point out the growing concern that officials of the Home Office are conducting ‘racist and intimidatory profiling’ see also this storify by @anyapalmer. This is not to discuss stop and search powers, more on general stop and search powers by yours truly can be seen here. Two things are worth some attention, first this image from the @ukhomeoffice twitter account:

And this page on the Home Office’s site which has the interesting headline of ‘Immigration offenders arrested in Home Office operations.’

Are there any human rights issues with these? Possibly, the image of the person being taken away could raise issues of privacy, and as we know that same old Article 8 of the European Convention of Human Rights might be engaged where it stipulates that:

Private life, the European Court of Human Rights (ECtHR) in Von Hannover v Germany 59320/00 [2004] ECHR 294 has pointed out that this includes a person’s picture (para 50). Let’s just assume for the sake of this post that the Home Office officials have lawful authority for taking those pictures, because if they didn’t that would be illegal. So if the officials have lawful authority, what then? Is the Article 8 issue now exhausted?

Not quite, because the subsequent use of those pictures can still leave the Article 8 issue live. This can be seen in Peck v United Kingdom 44647/98 [2003] ECHR 44 here the applicant was filmed by a CCTV attempting to commit suicide by cameras operated by Brentwood Borough Council in a public street. A few months later, the Council issued two photographs taken from the CCTV footage for publication in an article about the preventative benefits of CCTV. The applicant’s face was not specifically masked. Extracts from the CCTV footage were also shown on regional television in which the applicant’s face had been masked at the Council’s request.

The ECtHR pointed out that the Independent Television Commission considered the masking of the applicant was not adequate because the applicant’s distinctive features (para 16). Many of the applicants friends and family who saw the ‘Crime Beat’ programme recognised the applicant (para 21) including people who knew him, like colleagues (para 54). So the important questions would be, from that image, could the individual be identified? Is the obfuscation adequate? Because on the on the @ukhomeoffice ‘Photos and videos’ page there is an image of an official whose obfuscation is telling.

The ECtHR reaffirmed the position that interaction even within the public context falls within the ambit of Article 8 (para 57). Also reiterating that using photographic equipment that records in a permanent nature gives rise to considerations regarding interference with Article 8 (para 59). But here the applicant was not arguing against the use of CCTV footage but the that it was the disclosure of that record of his movements to the public in a manner in which he could never have foreseen which gave rise to such an interference (para 60). The ECtHR concluded that the Council’s disclosure constituted a serious interference with the applicant’s Article 8 rights (para 61). This could be the case also for the present image.

After determining whether this was in accordance with the law and pursued a legitimate aim (which was satisfied para 64-67) the ECtHR also pointed out that ‘the applicant was not charged with, much less convicted of, an offence. The present case does not therefore concern disclosure of footage of the commission of a crime’ (para 79). Drawing analogies with Peck and the image tweeted by the Home Office is that the person is arrested on ‘suspicion’ so there are some similarities. The ECtHR criticised the Council for not taking the utmost care in ensuring the media masked those images and stated:

In sum, the Court does not find that, in the circumstances of this case, there were relevant or sufficient reasons which would justify the direct disclosure by the Council to the public of stills from the footage in its own CCTV News article without the Council obtaining the applicant’s consent or masking his identity, or which would justify its disclosures to the media without the Council taking steps to ensure so far as possible that such masking would be effected by the media. The crime-prevention objective and context of the disclosures demanded particular scrutiny and care in these respects in the present case (para 85).

For reasons such as these the ECtHR found the United Kingdom in violation of Article 8. This is not intended to suggest that this would be the likely outcome regarding the present images the Home Office has tweeted, but none the less great caution should be taken when releasing images of individuals to the public.

Everyone charged with a criminal offence shall be presumed innocent until proved guilty according to law.

This disallows premature declarations of guilt by public officials. In Allenet de Ribemont v. France 15175/89 [2007] ECHR 112 emphasised that not being charged but being arrested falls within the ambit of being “charged with a criminal offence” (para 37). Kouzmin v. Russia (link in French) points out that public official does not need to be an already elected representative or employee of the public authorities at the material time. It may include persons of recognised public standing, from having held a public position of importance in the past or from running for elected office (para 59-69). It seems pretty sure the Home Office’s twitter account would satisfy this as it is a public authority (para 49).

A fundamental distinction must be made between a statement that someone is merely suspected of having committed a crime and a clear declaration, in the absence of a final conviction, that an individual has committed the crime in question. The Court emphasises the importance of the choice of words by public officials in their statements before a person has been tried and found guilty of a particular criminal offence.(para 166)

So essentially the Strasbourg Court is saying that poor choice of words could violate Article 6(2). The hashtag used in the tweet with the images states ‘suspected #immigrationOFFENDER.’ Offenders are those that have been convicted of an offence, a sex offender is someone who has been found guilty of a sexual offence, see generally F & Anor, R (on the application of) v Secretary of State for the Home Department [2010] UKSC 17. Obviously the word suspected demonstrates the suspicion the individual is under, but adding ‘offender’ in the hashtag is certainly poor choice of words, it may have been more appropriate to tweet ‘suspected of #immigrationOFFENCES.’ As pointed out the headline on the website does not, however help the case for the Home Office as it clearly states of ‘Immigration offenders arrested in Home Office operations.’ Only if one reads the body of the text will they discern that those arrested are suspected of an offence, this is sadly only after the website states ‘immigration offenders’ twice before even mentioning ‘suspected.’

Calling someone a ‘bribe-taker’ was enough to violate Article 6(2) in the case of Butkevičius v Lithuania so it is not that farfetched to suggest ‘immigration offender’ may as the ECtHR said ‘encourage the public to believe him guilty and prejudged the assessment of the facts by the competent judicial authority’ (para 53). Similar sentiments by Richard A. Edwards and Associate Professor @NoelleQuenivet regarding the presumption of innocence can be found here and an excellent post from the aspect of data protection here by @bainesy1969. I suppose this may all hinge on whether the individual is identifiable, but the ECtHR in Butkevičius v Lithuania noted that:

This implies a violation is possible irrespective identification. Regardless, the Home Office could not have trolled harder, as at the bottom of its site it asks:

Perhaps the better question would be ‘Is there anything right with this page?’